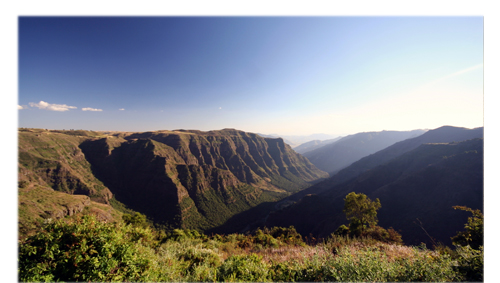 Fascinating Fact About Rwanda – The Land of Thousand Hills

It is hilarious to know that Rwanda is the land of a Thousand Hills and of course a Million Smiles. It is indeed the land of Africa’s Eternal Spring and one of the smallest landlocked countries in East Africa Region. Although majority and the rest of the universe think visiting Rwanda is only where to watch the endangered Mountain Gorillas. However, Rwanda is one of East Africa’s most scenic countries. Taking back to the time Rwanda is a country that even westerners such as Dian Fossey (gorilla researcher) as well as Rosamund Carr and Dr. Richard Kandt (humanitarian) and the founder of Kigali called Rwanda their home.

not to miss while visiting Rwanda – The Land of Thousand Hills

You should not worry about your plans to visit Rwanda. Remarkable Rwanda is Safe, Secure, Stable and most of all friendly! As an added plus Rwanda is rated as the Cleanest Country in Africa. On this article we will elaborate why Rwanda is much more to offer other than Mountain Gorillas Tracking. There are many hidden treasures, worth visiting Rwanda. Simply from Primates to Scenic Wonders. Rwanda officially has four parks. The newest is Gishwati -Mukura National Park after Nyungwe, Akagera and the Volcanoes National Parks.

The premium destination for gorilla tracking Packed with plenty of side activities.

Volcanoes National Park
This park is situated in the far northwest of Kigali. You enjoy beautiful breathtaking views on steep slopes of this wonderful mountain range. The mountains are home of the rare mountain gorilla and a rich mosaic of evergreen montane ecosystems and bamboo forest, open grassland, swamp and moorland.  Its named after the chain of dormant volcanoes making up the Virunga Massif, Karisimbi, the highest at 4,507m, Bisoke with its verdant crater lake, Sabinyo, Gahinga and Muhabura.

You will enjoy hiking and tracking endangered mountain gorillas through the rainforest, flourished with the songs of colorful birds and babbling of the rare golden monkey. It is only one of the truly unique experiences around the park. This beautiful park is bordered by Buhanga Eco-Park, an ancient forest holding Rwanda’s most fascinating legends and Musanze Caves, formed 62 million years ago after the last estimated volcanic eruption. Other activities include hiking, canoeing, mountain biking and village experiences. You should not worry regarding where to sleep, there are plenty of choices of Hotels and Lodges around the area.

Nyungwe Forest National Park
As you are still on the land of a Thousand Hills and of course a Million Smiles, you will have to visit Nyungwe which lies in southwest Rwanda, partly adjoining the Burundi border it is rich in biodiversity and outstandingly beautiful which is the oldest rainforests in Africa on the mountainous region teaming with wildlife, including a few population of chimpanzees and 12 other species of primate, as well as L’Hoest’s monkey endemic at the Albertine Rift. The only way to explore the park is by vehicle, whether through chauffeur or self-drive. Of which at Afromaxx we have special packages for Self-Drive. At Nyungwe you can enjoy night drives. Other activities include walking around the park with its six walking trails and various excursions. The Canopy Walkway, part of the Igishigishigi Trail, which is a high suspension bridge with views over the valley and surrounding forests. A trail runs to the Kamiranzovu Marsh, with its birdlife, orchids and waterfalls.  You can dip a toe into the delights of the forest or keep yourself busy for a week or more.

Akagera National Park
You should not be surprised to learn that this is Rwanda’s only savannah park bordering Tanzania, a home to the Big Five, these relatively warm and low-lying plains form Rwanda’s wildlife safari region. It comprises savannah, woodland, wetland and a dozen of lakes. You can also encounter buffalo, elephant, antelope, zebra, giraffe, baboons, monkeys, as well as incredible over 525 bird species and much more. Other excursions available to experience around the area is a boat trip on Lake Ihema which is also a highlight of your visit to Akagera, with its large hippos’ pools, Nile Crocodiles and plentiful of water birds on the island in the middle of the lake.

Gishwati – Mukura
is made up of two separate forests the larger Gishwati and small Mukura, the forest is a protected reserve in the north-western part of Rwanda, not far from Lake Kivu, offering wildlife and community-based activities. You drive along the Congo River and Nile River water catchment areas, along the incredibly biodiverse Albertine Rift in the west of the country. You can enjoy spectacular view of the nature of about 60 indigenous species of tree, including hardwoods and bamboo and is home to a group of 20 chimpanzees living alongside with golden monkeys, L’Hoest’s and blue monkeys as well as wonderful assorted species of birds. Excursions you will enjoy in the park include a guided nature hike, a guided chimp and monkey tracking, bird watching and a visit to the waterfalls as you get to mingle with the community-based activities which include a farm stay, live cultural dance, making handicrafts, local beekeeping, visit to tea plantation tour and the chance to learn from traditional healers.

Lake Kivu is
among the African Great Lakes located on the border between the Democratic Republic of the Congo and Rwanda, and is in the Albertine Rift, the western branch of the East African Rift.  You will love Lake Kivu because it has beautiful beaches, which flows southwards into Lake Tanganyika. Lake Kivu is among the Africa’s most beautiful lakes and it is the best place in Rwanda where you can relax and chill out at the end of your safari. Light red Sandy beaches, wonderful weather make Lake Kivu the Costa del Sol of Rwanda a mini-Zanzibar along Lake Kivu where you can relax and chill out after enjoying volcano hikes, gorilla and chimpanzee treks across Rwanda. Lake Kivu is a place of scenic beauty beaches. More and more visitors to Rwanda are spending a few days along Lake Kivu’s sandy beaches, exploring its tropical islands, maybe some fishing, boating, nature walks but mostly relaxing under the tropical sun along Lake Kivu.

You might be aware of Rwanda’s Trail of Tears and Sorrows especially the 100 days of Sorrow of the Genocide of 1994 in which up to one million people were cruelly thrashed the Genocide against the Tutsi People a time where the world stood idly by while carnage reigned in Rwanda an effort to wipe the Tutsi People off the face of earth.  You can visit Rwanda’s Sacred Places the Genocide Memorials found in various parts of Rwanda. Sobering places of memories of one of Africa’s most horrendous time. A carnage not stopped by world powers but by Rwandans.  The memorials not only are a place of mourning and remembrance but places of triumph over evil that being so visible all over the new Rwanda where people are no longer Tutsi, Hutu or Twa but Rwandans.

We understand that Getting the Best Price is GREAT, but Getting the best Value is even BETTER. We are indigenous East Africans Tour Operator with BEST Knowledge and always attention To Details. Our Local Offices is in Tanzania (Kilimanjaro) and Uganda (Entebbe) to make sure we provide you with personalized support and services you may expect and some of services beyond your expectations.

“You come as a visitor and leave as our best friend”